Comedian faces possible 15 to 30 years in prison after Pennsylvania trial over 2004 incident, amid dozens of accusations from other women 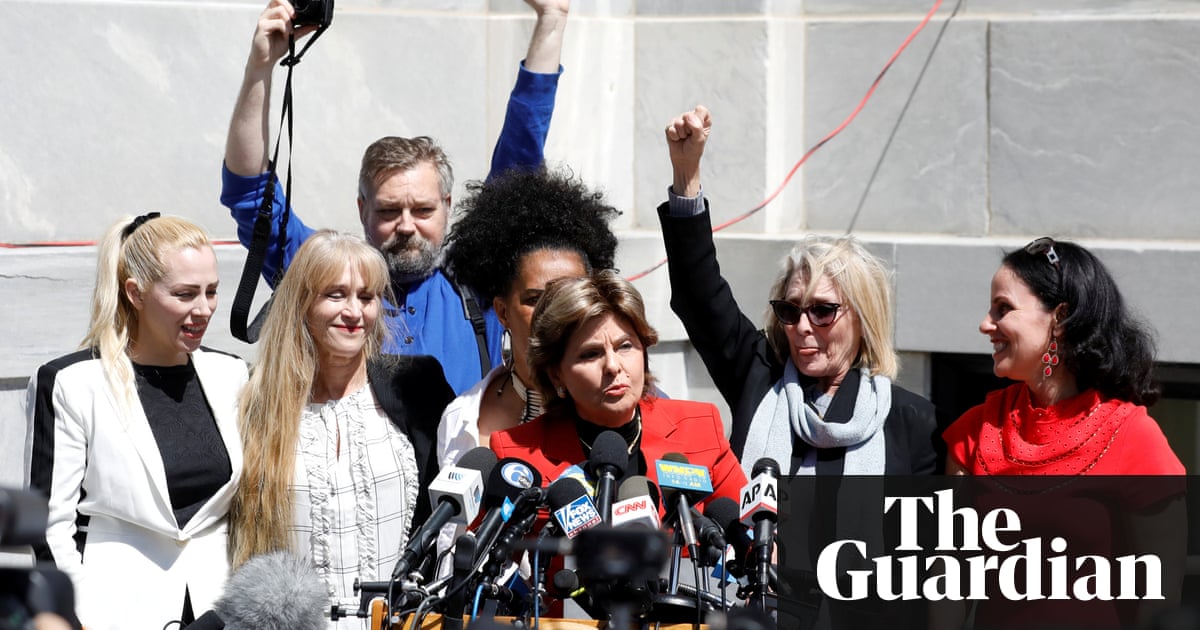 In a verdict that seemed destined to stand as a major milestone in the #MeToo movement against sexual assault, the once beloved actor and comedian Bill Cosby was convicted by a Pennsylvania jury on Thursday of drugging and molesting an acquaintance in 2004.

The jury announced its verdict after fewer than two days of deliberation. Cosby, 80, faces a possible maximum prison sentence of 15 to 30 years.

Cosby stood up and erupted after jurors left the courtroom, the Associated Press reported. He used an expletive to refer to district attorney Kevin Steele, who was arguing to revoke Cosbys bail, and shouted: Im sick of him!

The verdict came as vindication for dozens of women who have publicly accused Cosby of sexual abuse, harassment or attempted abuse.

A trial on the same charges last summer ended in a mistrial with a hung jury.

A request by prosecutors to revoke Cosbys bail was denied. The court ordered Cosby to remain living in Montgomery county until his sentencing.

Cosby was convicted of drugging and sexually assaulting Andrea Constand, a former basketball player who was 30 years old at the time of the alleged incident. Cosby said the two had a consensual relationship.

His lead defense lawyer, Thomas Mesereau Jr, vowed to appeal the verdict in remarks outside the courthouse. We are very disappointed by the verdict. We dont think Mr Cosby is guilty of anything, and the fight is not over, Mesereau said.

Five women in addition to Constand testified for the prosecution at the trial that Cosby had assaulted them. Cosby did not testify in his own defense.

The five women joined a news conference outside the courthouse with lawyer Gloria Allred, who represented many Cosby accusers.

We are so happy that finally we can say, women are believed, and not only in a hashtag #MeToo, but also in a court of law, Allred said. After all is said and done, women were finally believed, and we thank the jury for that.

But the defense team called into question the motives and characters of Cosbys accusers, branding Constand a pathological liar and declaring of one supporting witness: It sounds as though she slept with every single man on the planet.

Cosby was convicted on three charges of aggravated indecent assault.

The verdict completes a dramatic downfall for one of Americas most popular and family-friendly entertainers, who now faces the prospect of spending the final years of his life in prison.

Meanwhile a series of civil lawsuits still stand against him in Massachusetts and California.

Cosbys accusers have described alleged sexual assaults by him involving sedatives, taking place in the 1960s, 1970s, 1980s and 1990s.

Dozens of new accusers stepped forward after video circulated of an October 2014 stand-up routine in Philadelphia, Cosbys hometown, in which the comedian Hannibal Buress riffed on rape accusations against Cosby.

Previous: If Congress Doesn’t Understand Facebook, What Hope Do Its Users Have?
Next: Visualization of the terms and conditions for various apps