Home » Uncategorized » Cory Booker: My dad’s path out of poverty inspired my embrace of ‘baby bonds’ 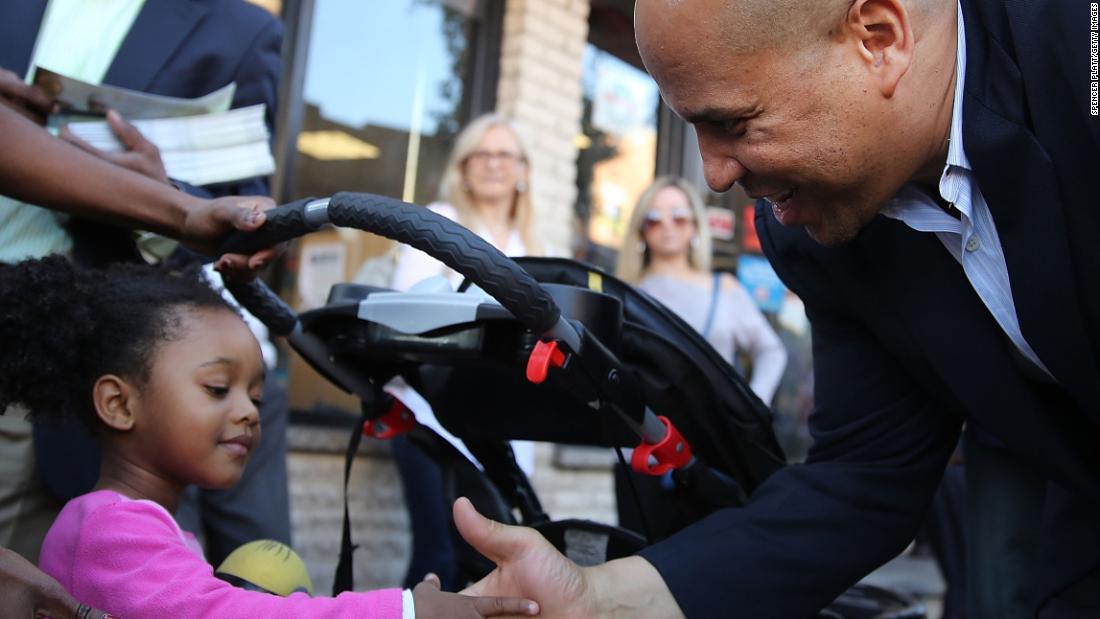 (CNN)In 1936, my dad was born in a small, segregated town in the mountains of North Carolina. He was born to a single mom with health problems and a family who couldn’t care for him, but a local family stepped up, took him in, put a roof over his head and raised him as their own.

My dad had no source of financial support and no tradition of higher education in his family, so he never even considered going to college. But members of the community recognized his potential and encouraged him to go. His church sent around a collection plate to help pay for his first semester’s tuition at North Carolina Central University, a historically black school.
That investment in his future opened doors that he never even knew existed: He got a good job and worked hard, and within the span of a generation, he moved his family from poverty to the middle class.
But the extraordinary generosity of one community should not, and cannot, be the only path out of poverty. For millions of children in America growing up today like my dad did a generation ago, the size of their family’s bank account will dictate everything from the food they eat to the school they attend to the air they breathe.
And for millions of adults, the size of their parents’ bank accounts growing up is still influencing the course of their lives — the neighborhood they live in, the job they have, the size of their student loan debt and the size of their own bank account — factors that will shape the lives of their children and generations to come. 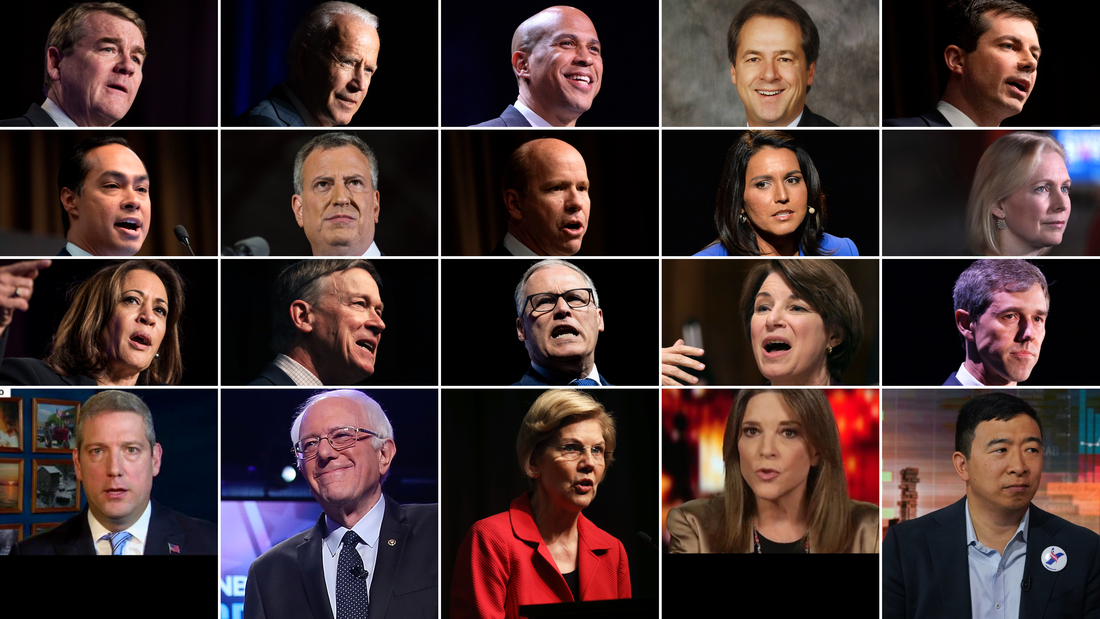 Unlike income, wealth is intergenerational. Wealth is going to college and graduating college without crushing student loan debt. Wealth is a down payment on a home or seed capital to start a small business. Wealth is having room to fail without losing everything.
But the wealth gap in America is only getting bigger: The wealthiest families in 1963 had six times the wealth of the average family; in 2016, they had 12 times the wealth. And the racial wealth gap is vast and growing worse.
Today, the median wealth of a typical white family is nearly 10 times the median wealth of a typical black family. According to a study by the Institute for Policy Studies, the members of the Forbes 400 alone have more wealth than every black household in America combined.
None of this happened by accident. Some of the most transformative federal policies of the 20th century — whether it’s Social Security, passed into law the year before my dad was born, federal housing policies or the GI Bill — were originally steeped in structural discrimination, making it nearly impossible for black Americans to benefit. Purposeful federal policy over the course of decades has concentrated wealth in the hands of the few at the expense of the many. 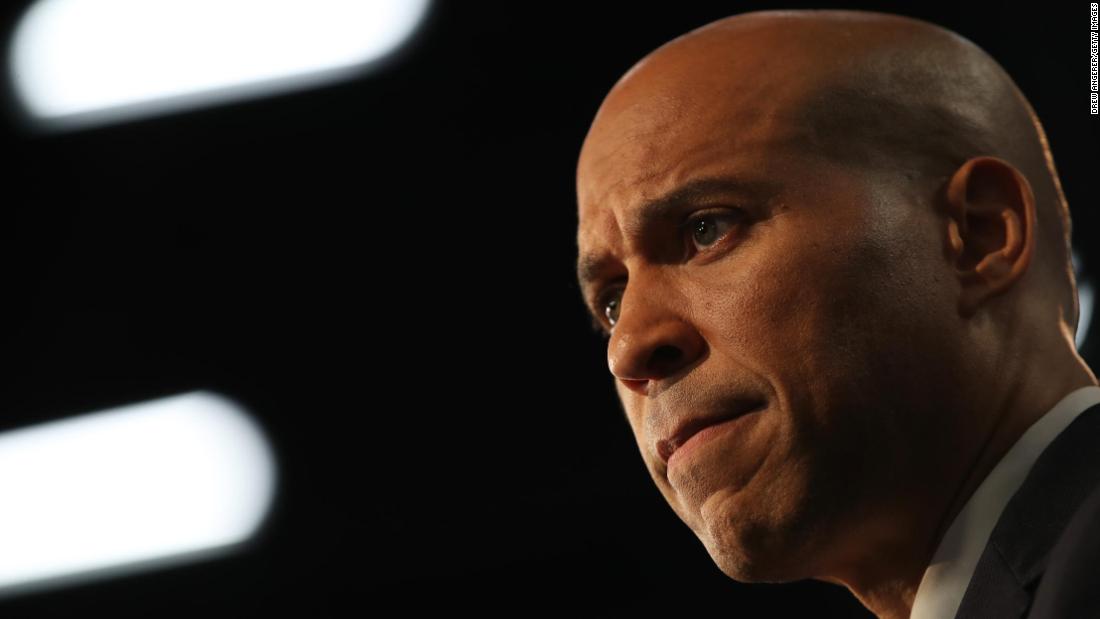 This moment in our history demands the same level of commitment we brought forth during the Great Depression. This time, however, our commitment must extend to every person — and not just at the end but at the beginning of people’s lives.
We can do that by giving every single child a savings account at birth, an idea commonly referred to as “baby bonds.”
Under my plan, every child would be given a federally funded savings account seeded with $1,000. Every year thereafter, depending on the child’s family income and size, the accounts would grow by up to $2,000 each year. Funds would sit in an interest-bearing account, and by age 18, the most impoverished kids would have nearly $50,000. The money could then be used to make the kinds of investments that change life trajectories and are rarely available to those not born into wealth or privilege: paying for college, putting a down payment on a home or jump-starting a small business.

If such an initiative were passed into law, based on our staff analysis, half of all kids would have more than $15,000 by the time they turn 18, and 1 in 4 would have more than $34,000. A 2019 study by Columbia University found that a proposal like this one would be so effective at closing the racial wealth gap that it would nearly eliminate it among young adults. And the math is simple. To pay for it, we will roll back giveaways in President Donald Trump’s tax bill and close tax loopholes that benefit only the wealthy few at the expense of everyone else.
I would not be here today if it were not for the extraordinary commitment a group of Americans made a generation ago and thousands of miles away. They invested in my dad’s future — and ultimately mine. It’s our turn to make that same commitment to the next generation so every child has the opportunity to realize their full potential.

Previous: Norway Invites You to Explore Its Electric Vehicle Paradise
Next: Love Is In The Air: Weekly Horoscopes August 12-16 Betches