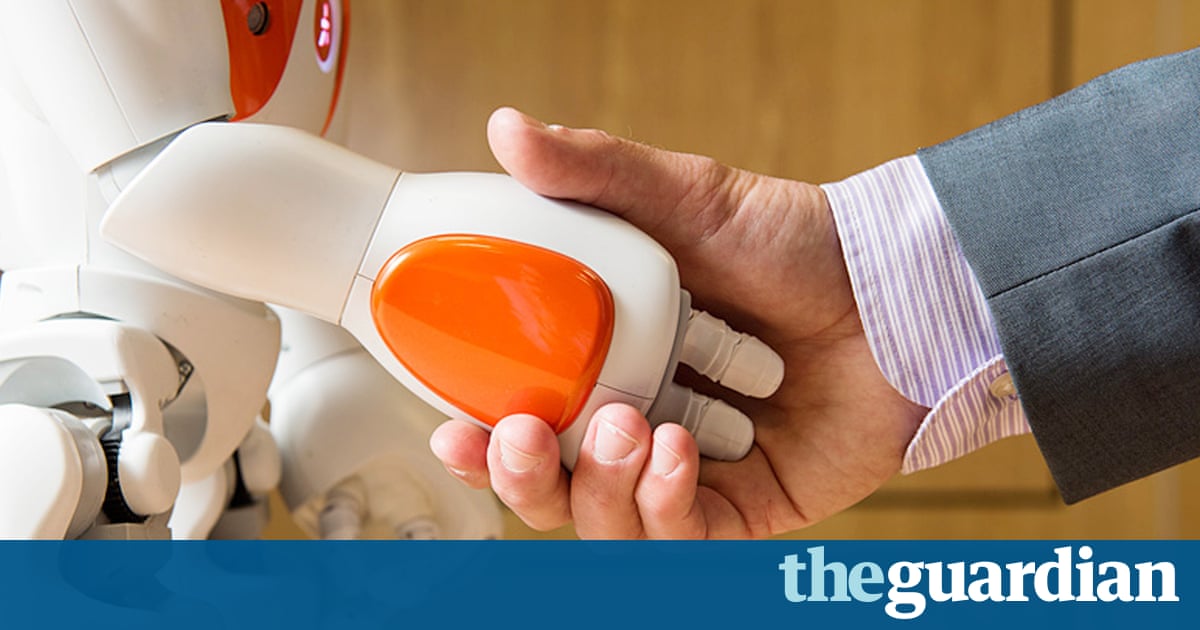 Innovation in artificial intelligence and robotics could force governments to legislate for quotas of human workers, upend traditional working practices and pose novel dilemmas for insuring driverless cars, according to a report by the International Bar Association.

The survey, which suggests that a third of graduate level jobs around the world may eventually be replaced by machines or software, warns that legal frameworks regulating employment and safety are becoming rapidly outdated.

The competitive advantage of poorer, emerging economies based on cheaper workforces will soon be eroded as robot production lines and intelligent computer systems undercut the cost of human endeavour, the study suggests.

While a German car worker costs more than 40 (34) an hour, a robot costs between only 5 and 8 per hour. A production robot is thus cheaper than a worker in China, the report notes. Nor does a robot become ill, have children or go on strike and [it] is not entitled to annual leave.

The 120-page report, which focuses on the legal implications of rapid technological change, has been produced by a specialist team of employment lawyers from the International Bar Association, which acts as a global forum for the legal profession.

The report covers both changes already transforming work and the future consequences of what it terms industrial revolution 4.0. The three preceding revolutions are listed as: industrialisation, electrification and digitalisation. Industry 4.0 involves the integration of the physical and software in production and the service sector. Amazon, Uber, Facebook, smart factories and 3D printing, its says, are among current pioneers.

The reports lead author, Gerlind Wisskirchen an employment lawyer in Cologne who is vice-chair of the IBAs global employment institute, said: What is new about the present revolution is the alacrity with which change is occurring, and the broadness of impact being brought about by AI and robotics.

Jobs at all levels in society presently undertaken by humans are at risk of being reassigned to robots or AI, and the legislation once in place to protect the rights of human workers may be no longer fit for purpose, in some cases … New labour and employment legislation is urgently needed to keep pace with increased automation.

Peering into the future, the authors suggest that governments will have to decide what jobs should be performed exclusively by humans for example, caring for babies. The state could introduce a kind of human quota in any sector, and decide whether it intends to introduce a made by humans label or tax the use of machines, the report says.

Increased mechanical autonomy will cause problems of how to define legal responsibility for accidents involving new technology such as driverless cars. Will it be the owner, the passengers, or manufacturers who pay the insurance?

The liability issues may become an insurmountable obstacle to the introduction of fully automated driving, the study warns. Driverless forklifts are already being used in factories. Over the past 30 years there have been 33 employee deaths caused by robots in the US, it notes.

Limits, it says, will have to be imposed on some aspects of machine autonomy. The study adopts the military principle, endorsed by the Ministry of Defence, that there must always be a human in the loop to prevent the development and deployment of entirely autonomous drones that could be programmed to select their own targets.

A no-go area in the science of AI is research into intelligent weapon systems that open fire without a human decision having been made, the report states. The consequences of malfunctions of such machines are immense, so it is all the more desirable that not only the US, but also the United Nations discusses a ban on autonomous weapon systems.

The term artificial intelligence (AI) was first coined by the American computer scientist John McCarthy in 1955. He believed that every aspect of learning or any other feature of intelligence can in principle be so precisely described that a machine can be made to simulate it. Software developers are still attempting to achieve his goal.

The gap between economic reality in the self-employed gig economy and existing legal frameworks is already growing, the lawyers note. The new information economy is likely to result in more monopolies and a greater income gap between rich and poor because many people will end up unemployed, whereas highly qualified, creative and ambitious professionals will increase their wealth.

Among the professions deemed most likely to disappear are accountants, court clerks and desk officers at fiscal authorities.

Even some lawyers risk becoming unemployed. An intelligent algorithm went through the European Court of Human Rights decisions and found patterns in the text, the report records. Having learned from these cases, the algorithm was able to predict the outcome of other cases with 79% accuracy … According to a study conducted by [the auditing firm] Deloitte, 100,000 jobs in the English legal sector will be automated in the next 20 years.

The pioneering nation in respect of robot density in the industrial sector is South Korea, which has 437 robots for every 10,000 employees in the processing industry, while Japan has 323 and Germany 282.

Robots may soon invade our home and leisure environments. In the Henn-na Hotel in Sasebo, Japan, actroids robots with a human likeness are deployed, the report says. In addition to receiving and serving the guests, they are responsible for cleaning the rooms, carrying the luggage and, since 2016, preparing the food.

The robots are able to respond to the needs of the guests in three languages. The hotels plan is to replace up to 90% of the employees by using robots in hotel operations with a few human employees monitoring CCTV cameras to see whether they need to intervene if problems arise.

The traditional workplace is disintegrating, with more part time employees, distance working, and the blurring of professional and private time, the report observes. It is being replaced by the latte macchiato workplace where employees or freelance workers in the cafe around the corner, working from their laptops.

The workplace may eventually only serve the purpose of maintaining social network between colleagues.