Pyongyang cites reckless moves by US and says it will defend the country from invasion by powerful force of arms, according to reports 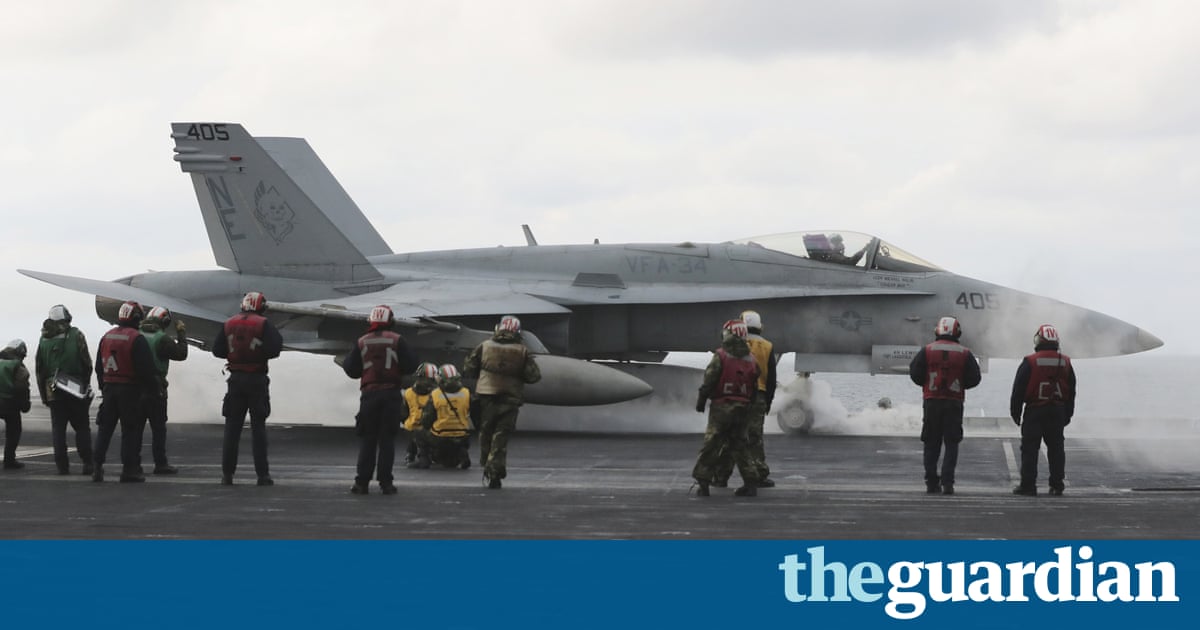 North Korea has warned of catastrophic consequences in response to any further provocations by the US, days after a US navy battle group was sent to waters off the Korean peninsula.

The decision to divert the USS Carl Vinson aircraft carrier and other battleships from a planned visit to Australia to the western Pacific came after tensions increased over ongoing military drills involving American and South Korean forces that Pyongyang regards as a dress rehearsal for an invasion.

We will hold the US wholly accountable for the catastrophic consequences to be entailed by its outrageous actions, North Koreas state-run Korean Central News Agency quoted a foreign ministry spokesman as saying. (North Korea) is ready to react to any mode of war desired by the US.

The spokesman cited Washingtons refusal to rule out a pre-emptive strike against North Korean missile sites as justification for its nuclear programme.

The prevailing grave situation proves once again that (North Korea) was entirely just when it increased in every way its military capabilities for self-defence and pre-emptive attack with a nuclear force as a pivot, the spokesman said, according to KCNA.

We will take the toughest counteraction against the provocateurs in order to defend ourselves by powerful force of arms.

Last weeks US strike against a Syrian base is also being seen as a warning to North Korea, after Donald Trump said Washington was prepared to act alone if China failed to exert more pressure on its neighbour to halt its missile and nuclear weapons programmes.

North Korea again defied UN resolutions banning it from developing ballistic missile technology with another test-launch on the eve of Trumps summit with the Chinese leader, Xi Jinping, in Florida last week.

White House officials have signalled that all options including pre-emptive strikes remain on the table in addressing North Koreas steady advance towards developing long-range missiles capable of carrying a nuclear warhead as far as the US mainland.

The nuclear-powered Carl Vinsons presence in the area coincides with speculation that North Korea could be preparing to conduct its sixth nuclear test to coincide with key dates in the countrys history, including the 105th anniversary of the birth of its founder, Kim Il-sung, on Saturday.

Chinas foreign ministry, meanwhile, has played down reports that Beijing has deployed 150,000 troops to its border with North Korea.

Hua Chunying, a foreign ministry spokesperson, told reporters she was not aware of such a mobilisation by the Peoples Liberation Army along the 880-mile border. In the past, similar reports had been proven groundless and false, Hua claimed.

However, with regional tensions building ahead of Saturdays Kim Il-sung commemorations, Hua said China was closely following developments on the Korean peninsula.

We believe that, given the current situation, all relevant parties should exercise restraint and avoid activities that may escalate the tension.

Previous: How to use the Screenshot Builder at AppToolkit.io to make great screenshots
Next: Donald Trump to overhaul H-1B visa program that admits foreign workers