Home » Uncategorized » On its 100th birthday in 1959, Edward Teller warned the oil industry about global warming 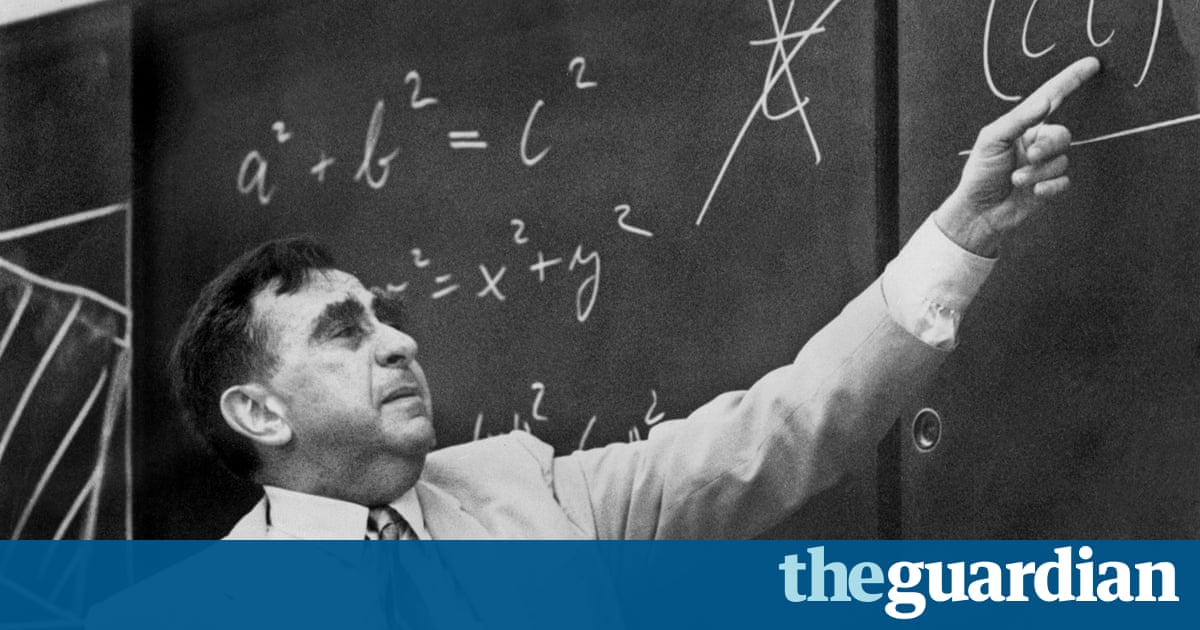 It was a typical November day in New York City. The year: 1959. Robert Dunlop, 50 years old and photographed later as clean-shaven, hair carefully parted, his earnest face donning horn-rimmed glasses, passed under the Ionian columns of Columbia Universitys iconic Low Library. He was a guest of honor for a grand occasion: the centennial of the American oil industry.

Over 300 government officials, economists, historians, scientists, and industry executives were present for the Energy and Man symposium organized by the American Petroleum Institute and the Columbia Graduate School of Business and Dunlop was to address the entire congregation on the prime mover of the last century energy and its major source: oil. As President of the Sun Oil Company, he knew the business well, and as a director of the American Petroleum Institute the industrys largest and oldest trade association in the land of Uncle Sam he was responsible for representing the interests of all those many oilmen gathered around him.

Four others joined Dunlop at the podium that day, one of whom had made the journey from California and Hungary before that. The nuclear weapons physicist Edward Teller had, by 1959, become ostracized by the scientific community for betraying his colleague J. Robert Oppenheimer, but he retained the embrace of industry and government. Tellers task that November fourth was to address the crowd on energy patterns of the future, and his words carried an unexpected warning:

Ladies and gentlemen, I am to talk to you about energy in the future. I will start by telling you why I believe that the energy resources of the past must be supplemented. First of all, these energy resources will run short as we use more and more of the fossil fuels. But I would […] like to mention another reason why we probably have to look for additional fuel supplies. And this, strangely, is the question of contaminating the atmosphere. [….] Whenever you burn conventional fuel, you create carbon dioxide. [….] The carbon dioxide is invisible, it is transparent, you cant smell it, it is not dangerous to health, so why should one worry about it?

Carbon dioxide has a strange property. It transmits visible light but it absorbs the infrared radiation which is emitted from the earth. Its presence in the atmosphere causes a greenhouse effect [….] It has been calculated that a temperature rise corresponding to a 10 per cent increase in carbon dioxide will be sufficient to melt the icecap and submerge New York. All the coastal cities would be covered, and since a considerable percentage of the human race lives in coastal regions, I think that this chemical contamination is more serious than most people tend to believe.

How, precisely, Mr. Dunlop and the rest of the audience reacted is unknown, but its hard to imagine this being welcome news. After his talk, Teller was asked to summarize briefly the danger from increased carbon dioxide content in the atmosphere in this century. The physicist, as if considering a numerical estimation problem, responded:

At present the carbon dioxide in the atmosphere has risen by 2 per cent over normal. By 1970, it will be perhaps 4 per cent, by 1980, 8 per cent, by 1990, 16 per cent [about 360 parts per million, by Tellers accounting], if we keep on with our exponential rise in the use of purely conventional fuels. By that time, there will be a serious additional impediment for the radiation leaving the earth. Our planet will get a little warmer. It is hard to say whether it will be 2 degrees Fahrenheit or only one or 5.

But when the temperature does rise by a few degrees over the whole globe, there is a possibility that the icecaps will start melting and the level of the oceans will begin to rise. Well, I dont know whether they will cover the Empire State Building or not, but anyone can calculate it by looking at the map and noting that the icecaps over Greenland and over Antarctica are perhaps five thousand feet thick.

And so, at its hundredth birthday party, American oil was warned of its civilization-destroying potential.

Talk about a buzzkill.

How did the petroleum industry respond? Eight years later, on a cold, clear day in March, Robert Dunlop walked the halls of the U.S. Congress. The 1967 oil embargo was weeks away, and the Senate was investigating the potential of electric vehicles. Dunlop, testifying now as the Chairman of the Board of the American Petroleum Institute, posed the question, tomorrows car: electric or gasoline powered? His preferred answer was the latter:

We in the petroleum industry are convinced that by the time a practical electric car can be mass-produced and marketed, it will not enjoy any meaningful advantage from an air pollution standpoint. Emissions from internal-combustion engines will have long since been controlled.

Dunlop went on to describe progress in controlling carbon monoxide, nitrous oxide, and hydrocarbon emissions from automobiles. Absent from his list? The pollutant he had been warned of years before: carbon dioxide.

We might surmise that the odorless gas simply passed under Robert Dunlops nose unnoticed. But less than a year later, the American Petroleum Institute quietly received a report on air pollution it had commissioned from the Stanford Research Institute, and its warning on carbon dioxide was direct:

Significant temperature changes are almost certain to occur by the year 2000, and these could bring about climatic changes. […] there seems to be no doubt that the potential damage to our environment could be severe. […] pollutants which we generally ignore because they have little local effect, CO2 and submicron particles, may be the cause of serious world-wide environmental changes.

Thus, by 1968, American oil held in its hands yet another notice of its products world-altering side effects, one affirming that global warming was not just cause for research and concern, but a reality needing corrective action: Past and present studies of CO2 are detailed, the Stanford Research Institute advised. What is lacking, however, is […] work toward systems in which CO2 emissions would be brought under control.

This early history illuminates the American petroleum industrys long-running awareness of the planetary warming caused by its products. Tellers warning, revealed in documentation I found while searching archives, is another brick in a growing wall of evidence.

In the closing days of those optimistic 1950s, Robert Dunlop may have been one of the first oilmen to be warned of the tragedy now looming before us. By the time he departed this world in 1995, the American Petroleum Institute he once led was denying the climate science it had been informed of decades before, attacking the Intergovernmental Panel on Climate Change, and fighting climate policies wherever they arose.

This is a history of choices made, paths not taken, and the fall from grace of one of the greatest enterprises oil, the prime mover ever to tread the earth. Whether its also a history of redemption, however partial, remains to be seen.

American oils awareness of global warming and its conspiracy of silence, deceit, and obstruction goes further than any one company. It extends beyond (though includes) ExxonMobil. The industry is implicated to its core by the history of its largest representative, the American Petroleum Institute.

It is now too late to stop a great deal of change to our planets climate and its global payload of disease, destruction, and death. But we can fight to halt climate change as quickly as possible, and we can uncover the history of how we got here. There are lessons to be learned, and there is justice to be served.

Benjamin Franta (@BenFranta) is a PhD student in history of science at Stanford University who studies the history of climate change science and politics. He has a PhD in applied physics from Harvard University and is a former research fellow at the Belfer Center for Science and International Affairs at the Harvard Kennedy School of Government.

Previous: 6 Signs That Disney Is Trying To Take Over The World
Next: Tronc Is Building A Shadow Newsroom Full Of Scabs, L.A. Times Staffers Fear